Adventure and bus tours in Northern British Columbia and the Yukon, Canada

In the vastness of British Columbia and the Yukon the possibilities are are almost overwhelming when planning a trip in northern Canada. Guided bus tours make it easy, travelling in a small groups make it fun. 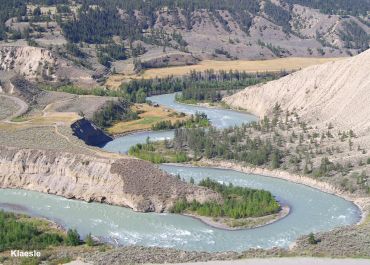 British Columbia is Canada's westernmost province and is set between the Pacific Ocean in the west, the Rocky Mountains in the east and endless vacation spots and trip destinations in between.

Blessed with breathtaking landscapes, British Columbia is home to a geographical diversity that lends itself to a vast array of activities and adventures. There are mountains to climb, rivers to run, beaches to comb, forests to hike, parks to stroll and warm summer lakes to laze about.

The province generally enjoys a temperate climate but where there are mountains, there is snow. Renowned for the steep and the deep of its world-class ski terrain.

Northern BC's vast wilderness comprises more than half the province – approximately 500,000 sqkm (193,051 sqmi). It is larger than California or Japan and twice the size of the United Kingdom and a population of about 5 million. Northern British Columbia is a land of unlimited adventure that extends 1,000 km (621 mi) from east to west, following the legendary Yellowhead Highway. It is filled with jagged mountain peaks, roaring rivers, serene lakes, green valleys, rugged coast lines and ancient island archipelagos. 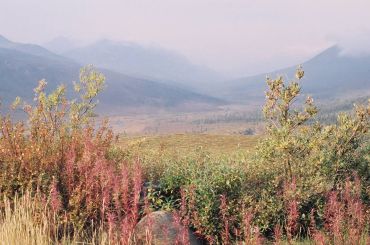 For travellers in the know, Canada's Yukon is their adventure nirvana, combining breathtaking wilderness, mountain ranges filled with wildlife and over 70 wild rivers. Canada's Yukon offers the ultimate touring adventures, ideal for travelling in small groups. Whitewater rafting trips, canoe expeditions, sightseeing bus tours, backpacking trips and many other fun activities are offered. Relics of the Klondike gold rush are everywhere, especially Dawson City is still reliving these turbulent times.  Sample the allure of the true northern wilderness.
About 40,000 souls live in the Yukon, not even 0.2 persons per square kilometer. Whitehorse is the largest city with 25,000 inhabitants.

This unique HOTEL tour includes many fun and unusual outings and activities. You visit great places and sights in British Columbia and Alberta: the Pacific coast, ranches, logging towns, majestic peaks and turquoise lakes of the Rockies.
Tour Details

During your 3-week CAMPING and outdoor vacation you visit the most outstanding places in very different landscapes: the majestic Canadian Rockies, volcanic peaks and Tundra in the Yukon, wild Alaska with fjords and glaciers and much more.
Tour Details
USA / Canada 1.888.467.9697
International 1.780.470.4966
email info@timberwolftours.com
What People are Saying
Awesome experience! Exactly what I expected from this trip: Mainly being out in the wilderness and reduce everything to only the necessary. This way it was even easier to enjoy the nature.

Karen H. 2018, Tour H
Best trip I've ever taken in my life. I want to do this again. Anne (the guide) was amazing. Each and every meal was phenomenal, however the chuckwagon beans were my favorite.